Randy Johnson’s passion for the outdoors has inspired six books, as well as articles and photography that have appeared in national magazines and newspapers. He’s an internationally traveled photojournalist, author, magazine editor, and trail professional. 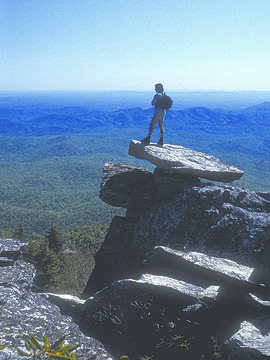 Randy climbed his first mountain with his Dad on a bitterly cold Boy Scout camping trip in Virginia’s northern Blue Ridge. During high school and college, when not surfing at Virginia Beach and canoeing rapids in Virginia’s Piedmont rivers, he pursued rock climbing and backpacking in the southeast and winter mountaineering in New England.

He started writing in high school, interviewing Peter, Paul & Mary for one school newspaper story and placing in a university poetry contest as an 11th grader. As an early member of the Virginia Wilderness Committee, Randy’s first published magazine article supported the start of wilderness designation in the state.

On one of many annual winter backpacking pilgrimages to North Carolina’s Grandfather Mountain, he encountered no trespassing signs and realized that the mountain’s backcountry was in danger of being closed because of hiker deaths and deteriorating trails. He met with Grandfather Mountain owner Hugh Morton and proposed a fee-based trail management program that was based on his own backcountry research. Randy assured Morton the program would preserve the mountain and protect public access. He moved to the Boone area in the late ‘70s to implement the effort for Morton at Grandfather Mountain— the highest mountain in the Blue Ridge and one of the United States most significant natural areas. (Read the International Journal of Wilderness article about the mountain’s backcountry preservation program.) 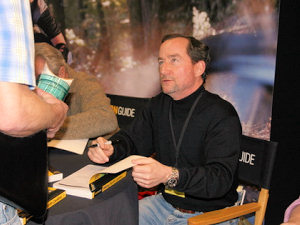 While reclaiming the mountain’s paths and earning two the status of National Recreation Trails, he constructed new trails and rebuilt the historic Hi-Balsam backpacking shelter (read the Hi-Balsam story). He focused on research, bringing the kinds of studies and management to Grandfather that are found in national parks and forests. He encouraged the Southern Appalachian’s first Peregrine Falcon reintroduction project, which took place on the mountain, and facilitated research on endangered species of bats and flying squirrels and many other topics.

The successful trail management program has been credited with influencing the trend to user fees in publications such as the Journal of Leisure Research, the International Journal of Wilderness, Backpacker, and American Forests. The trail program helped the mountain be designated as a North Carolina Natural Heritage Area, and later, the world’s only privately owned United Nations Biosphere Reserve.

During the completion of the final “missing link” portion of the Blue Ridge Parkway around Grandfather Mountain, Randy consulted on the design of the Parkway’s roadside Tanawha Trail and helped mesh the private and Park Service trails into the network of paths in place today. (Read more about the start of Grandfather Mountain’s trail program.) 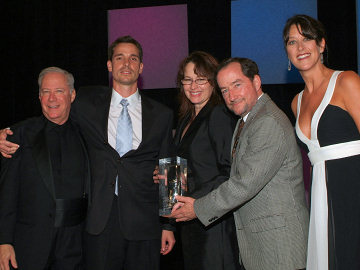 He was an early participant in North Carolina’s Mountains-to-Sea Trail Association and was instrumental in making the Parkway’s Tanawha Trail part of that emerging statewide trail system. As co-chairman of the Central Blue Ridge Task Force, he designed and constructed a portion of the Mountains-to-Sea Trail. He’s currently Task Force leader for the Grandfather Mountain portion of the trail.

While at Grandfather Mountain, Randy became a mountain columnist for The Charlotte Observer and a founding editor of the Boone-area newspaper The Mountain Times. He won first place awards from the North Carolina Press Association for community service and investigative reporting in a series of articles on the practice of clearcutting in the Southern Appalachians. He launched the newspaper’s first restaurant review column and his writing for Blue Ridge Country and other magazines has featured the Appalachian dining scene.

Randy made a mission out of gaining respect for skiing on the surprisingly snowy summits of the American South. His articles about downhill and Nordic skiing, ski mountaineering, and the rich history of skiing in the South and Mid-Atlantic, appeared in Cross Country Skier, Ski, Snow Country, Skiing, and others. (Read one of Randy’s recent articles about the history of Southern skiing.)

His book Southern Snow: The Winter Guide to Dixie, was published in 1986 and has been called a “cult classic.” He became a Nordic member of the National Ski Patrol, and as a Nordic teacher trained by the Professional Ski Instructors of America he taught hundreds of people to cross country ski on Roan Mountain and other southern summits for the High South Nordic Guides. 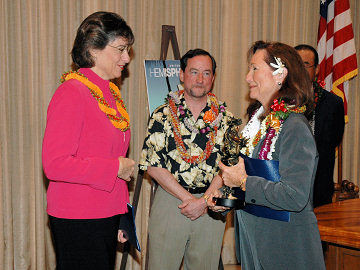 In spring 2005, the Hawaii Visitor and Convention Bureau named Hemispheres’ Three Perfect Days on the Big Island as the “best feature article on Hawaii.” Hawaii Governor Linda Lingle presented writer Rita Ariyoshi with the honor at a state capital ceremony while Randy looked on.

During and after his years at Grandfather, Randy wrote for dozens of national newspapers and magazines as a freelance photojournalist (among them USAToday, The Boston Globe, The Miami Herald, Atlanta Journal-Constitution, Caribbean Travel & Life, Skiing, Backpacker, and more).

His photography was widely featured in newspapers and magazines—one North Carolina cross country ski photo released on the UPI wire service ran on the front page of The Honolulu Advertiser. Randy shot Austrian ski resorts on assignment for Ski magazine. He’s still not sure whether he’s a writer/photographer or a photographer/writer.

In 1992, Pace Communications, a Greensboro, NC publisher, approached Randy. Now the nation’s largest privately held custom publisher, Pace was about to relaunch and rename the magazine of United Airlines. He was hired as the founding senior editor of Hemispheres. With Kate Greer (later the editorial director of Southern Living magazine) he helped create an airline publication credited with “breaking the mold” of the inflight magazine.

Watch a UNC-TV interview with Randy about Hemispheres: Windows |Flash

Randy became Hemispheres’ editor in 1996 and under his leadership, Hemispheres became one of the most award-winning airline magazines. With the March 2009 issue, Randy departed Pace Communications when the company withdrew from its relationship with United, leading the airline to choose another publisher. During Randy’s stewardship, Hemispheres was often named the United States’ best travel magazine and won national prizes, among them a James Beard culinary journalism award and a first place National Headliner Award in competition with Newsweek for the nation’s “Outstanding Feature Column.” Hemispheres articles had also been honored in compilations of the nation’s best fiction, mystery stories, and travel writing. A few of Randy’s own Hemispheres articles have won awards (see My Writings).

In 2006, Hemispheres was named “World’s Best Inflight Magazine,” and in 2007, the magazine’s 15th anniversary, Hemispheres’ signature travel series “Three Perfect Days” won three major accolades, including a Gold Eddy for “Best Article.” While Randy was editor, Hemispheres had often been cited as the publication with the United States’ most affluent audience.

Watch a CNN interview with Randy about Hemispheres: Windows | Flash

From 2006 to 2008, Randy’s role at Pace circled back to his passion for the outdoors when he launched Epic: Explore Your Life, an online magazine for The North Face, the globally visible leader in outdoor apparel and gear.

Randy left Pace Communications in 2009 and updated a number of his bestselling trail guides, published a new book, and is working on another two titles—including Grandfather Mountain: A Guide and History to An Appalachian Icon for the University of North Carolina Press. After that, an update of his classic Southern Snow: The Winter Guide to Dixie is next for UNC Press.

Randy continues to pursue freelance writing and photography for publications such as The Miami Herald, National Geographic Traveler, and other print outlets, but he’s ever more focused on the Internet. In 2011, he  became travel editor at National Parks Traveler and with editor Kurt Repanshek has helped make  National Parks Traveler a popular Web site devoted to coverage of national parks, with more than 1.3 million readers a year. After years as a photojournalist, Randy’s Internet emphasis is leading him to video.

Over the years, Randy has sea kayaked North Carolina’s Cape Fear, hiked the high huts of the Alps, taken trails to isolated temples in Japan, climbed Mount Fuji, skied the 10th Mountain Division hut system in Colorado, Nordic trails in northern Finland, and ski resorts in Scotland and the Andes of South America.

He’s still out there skiing and hiking and writing about it. He’s a firm believer that the life of the outdoors is open to everyone—especially if you take the time to appreciate the beauty of your own backyard. He brings that philosophy, and years of global outdoor experience, to the books and articles he writes.

All photography copyrighted by Randy Johnson. Permission and credit required for reproduction or other use.Contact Randy about his stock library of international travel, adventure, and Southern Appalachian photography.